If you wanted to know the connection between the so-called “Force” of Star Wars to the mystical “Ki” used in all the martial arts here are a bunch of reasons NOT to have you or your kids involved and to protect them from these Satanic things! 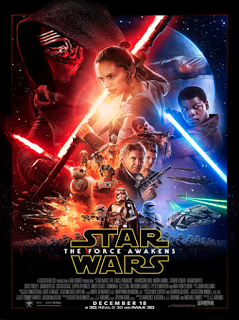 In Herescope’s latest article on March 23rd, 2016, MAINSTREAMING THE MYSTIC FORCE Part 1 Star Wars Awakens should cause enough alarm for ANY discerning parent who is trying to follow scriptures to quickly distance themselves from anything, Star Wars to Kung Fu Panda! Add to that the love for American movie stars like Chuck Norris who while is called a Christian to date he has NEVER recanted his documented connections to the false teachings of Eastern mysticism and worse.

But like a bad infomercial ‘But wait there is more!’ Whether you are talking about any Martial Arts such as Karate, other things like Yoga and/or various meditation these are all inexorably linked to Eastern religions! You cannot Christianize these things and any attempts to do so are equally dangerous and all under the condemnation of Biblical teachings! Or did you forget we serve a JEALOUS God!? There is no such thing as Biblical “Christian-Karate,” “Christian-Yoga” or anything resembling a “Christian-Force” so beware of anyone telling you different and start reading your Bibles!

Link to article on Herescope and more courtesy our friends there and other articles on our old Biblical Discernment Ministries site.

2 Corinthians 10:4-5 “(For the weapons of our warfare [are] not carnal, but mighty through God to the pulling down of strong holds;) 5 Casting down imaginations, and every high thing that exalteth itself against the knowledge of God, and bringing into captivity every thought to the obedience of Christ;”

Hope this helps some of you! – John Beardsley