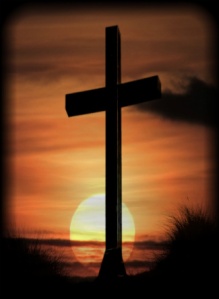 To my readers here is something I hope you find a blessing and source of strength in your walk with Jesus Christ. These are some the thoughts on Christ’s suffering perhaps with something you may not have considered? Starting with a bit from Charles Haddon Spurgeon from his sermon Christ Manifesting Himself To His People:

The next thought is, the wondrous display, itself. Jesus Christ manifests Himself. There are many manifestations of God to His children, but this is the most precious of all! Some manifestations we never wish to have again. We do not want to have that discovery which we had of our sinfulness, when first we were awakened—we will leave it to God—we will never pray for it. But here is a manifestation we should like to have every day. “I will manifest Myself to him.” He does this in different ways. I have had, for a long while, a manifestation of His sufferings in Gethsemane. I have been for months musing on His agonies. I think I have even eaten the bitter herbs that grow there and drank of that black brook, Kidron. I have sometimes gone up stairs alone, to put myself in the very posture Jesus Christ was in and I thought I could sympathize with Him in His sufferings. I thought I saw the sweat of blood falling down to the ground. I had so sweet a view of my Savior in His agonies, I hope that one day I may be able to accompany Him still further and see Him on Calvary and hear His death shriek “Eli, Eli, lama Sabacthani?” Some of you, I know, have seen Jesus with the eyes of faith quite as plainly as if you had seen Him with your natural eyes. You could see your Savior hanging on the Cross. You thought you saw the very crown of thorns on His head and the drops of blood streaming down His face. You heard His cry. You saw His bleeding side. You beheld the nails and before long you could have gone and pulled them out. You could have wrapped Him up in linen and spices and carried His body and washed it with tears and anointed it with precious ointment. At other times you have had a manifestation of Christ in His gifts. You have seen that mighty Sacrifice He offered, the pile smoking up to Heaven and all your sins burnt up with it. You have seen clearly the justifying righteousness He has put upon you. And as you have looked at yourselves you have said—

“Strangely, my Soul, are you arrayed
By the great sacred Three.
In sweetest harmony of praise
Let all my powers agree.””

…”Then what will be the natural effects of this spiritual manifestation? The first effect will be humility. If a man says, “I have had such-and-such spiritual communications, I am a great man”—he has never had any communications at all. For “God has respect unto the humble, but the proud He knows afar off.”

Here are the thoughts I wish to share with my readers,

Christ knew what was coming at the cross with its suffering and shame and while in the Garden at Gethsemane as we see in Matthew 26:39, “And he went a little further, and fell on his face, and prayed, saying, O my Father, if it be possible, let this cup pass from me: nevertheless not as I will, but as thou [wilt].”

So oft in the world today the focus is on the physical suffering and shame Christ went through but do we really begin to grasp to what is was Christ referred? I say, “No we do not!” — Christian and non-Christian alike because we are such imperfect beings.

This is the analogy that comes to mind, our understanding of Christ’s suffering is comparable to a microscopic dust particle to the size of the visible universe and beyond – to the point where Jesus drank of the cup of suffering in Gethsemane and cried out later on the cross, “Eli, Eli, lama Sabacthani?” finishing the work He had come to accomplish.

At that moment in time the Sin-Bearer, Jesus Christ was taking on all the sin of the world willingly. The God of the universe was here on Earth, in the flesh, at the Garden bearing our infirmities that required the strengthening of an angel. How great a burden were our sins! Sweat drops mixed with blood we can scarcely imagine!

But what was it that our Saviour bled from at Gethsemane? What was the greatest source of His agony? Was it sin? Oh yes, in part because our Holy God cannot look at it – but that is the source, the catalyst to the greatest pain that can ever be known or felt. The Sin required payment, the payment that could only come from a Holy, Pure God by way of a sacrificial Lamb, the Lamb of God – Jesus!!!

The nails, the crown, the mocking of the thief meant little – the sticks and stones of this earth may cause a brief physical pain even to marring Jesus so badly he was hard to recognize. There is too much emphasis given to physical suffering by the Roman Catholic and others when it is the spiritual to which I to draw your attention! The Father’s love for His Son and His Love for His Father!!! Not as we love on this Earth, it is a poor reflection – though it helps us to understand!

Yes, Christ Jesus gave us His life through the cross! He bore the sins of the world but reading over these scriptures again, I believe there was something more horrifying and painful than any brief physical pain we could ever suffer that moment in eternity when Christ the Eternal Son of God cried out, “Eli, Eli, lama Sabacthani.” — NOTHING, ABSOLUTELY NOTHING can compare as the Sin-Bearer bore our sins NOR can we imagine the pain of the Father turning away from His Son!

In those moments, the Earth went dark and was shaken (dare we speculate the whole universe), the veil of the temple in Jerusalem was rent top to bottom. Yet this pales in comparison to the point I make!!! The Father of Heaven turned His face from His Only Begotten Son!? How can words compare, how can we begin to fathom! Oh my knees are bowed down, my face prostrate before a Holy God – The Great Three in One for this moment but an eternal moment in time did what is impossible for us to do or understand! He gave of Himself, in the greatest act of love, He literally bore all of our sins and by the Father turning His face from inside the God Head from His Son, the price was paid for us. How did He do it? Only by His perfection, and His love towards us, I can give no better answer except through Christ crucified and risen again!!!

Romans 5:6-10 “For when we were yet without strength, in due time Christ died for the ungodly. For scarcely for a righteous man will one die: yet peradventure for a good man some would even dare to die. But God commendeth his love toward us, in that, while we were yet sinners, Christ died for us. Much more then, being now justified by his blood, we shall be saved from wrath through him. For if, when we were enemies, we were reconciled to God by the death of his Son, much more, being reconciled, we shall be saved by his life.”

Final thought from the Matthew Henry commentary on Matthew 26:39,

“According to this example of Christ, we must drink of the bitterest cup which God puts into our hands; though nature struggle, it must submit. It should be more our care to get troubles sanctified, and our hearts satisfied under them, than to get them taken away. It is well for us that our salvation is in the hand of One who neither slumbers nor sleeps. All are tempted, but we should be much afraid of entering into temptation. To be secured from this, we should watch and pray, and continually look unto the Lord to hold us up that we may be safe. Doubtless our Lord had a clear and full view of the sufferings he was to endure, yet he spoke with the greatest calmness till this time…”

May we gain strength through these words, and consider ourselves as mere babes saved by the mercy and grace we have completely undeserved in Jesus Christ our Lord! I am awestruck of our great God!

One thought on “Jesus Christ Manifests Himself!”